LeEco Launched LeEco Le S3 in the US:

As we said earlier, specifications are similar to the Indian version of Le 2. It has a 5.5” FHD display which packs a resolution of 1920X1080pixels. It comes with android marshmallow with a custom skin EUI 5.8 out of the box.

LeEco Le S3 is powered by Snapdragon 652 which is an Octa-Core processor. It is clocked at 1.8GHZ. The processor is coupled with 3GB LPDDR 3 of RAM with 32GB (eMMC 5.1) as internal storage. It comes with dual 4G support with Nano sim slots.

LeEco Launched LeEco Le S3 in the US

It has a 16MP rear camera that can record video in 1080p resolution. The rear camera is coupled with dual tone LED flashlight just beside the camera. The rear camera has PDAF with f/2.0 aperture. LeEco Le S3 has 8MP front camera for all those selfie shooters. 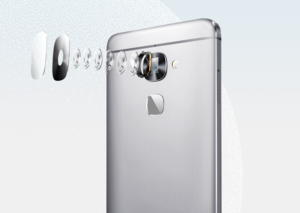 LeEco Launched LeEco Le S3 in the US

Just like iPhone 7 LeEco Le S3 doesn’t have Headphone jack. It has USB type c port through which you can CDLA (continuum Digital Lossless Audio) through the CDLA earphones. Actually, CDLA gives much better output comparing the normal 3.5mm headphone jack. It packs 3000mAH battery with quick charge support as it has USB type C port. It also has Dolby Atmos.

LeEco Le S3 will be available in the US from November 2 with a price tag of 249$. There will be a flash sale on November 2. The phone also comes with 3 free months of LeEco’s EcoPass service, which offers unlimited photo and video storage, 5TB of cloud storage, an extended warranty, and access to LeEco sales.