Seems Samsung is working hard to get their users wireless music feel in the real world. As you might know that Apple is going to ditch headphone jack in its next iPhone. So the other way is to launch a pair of wireless earphones or listening to music through the lightning port.

The name of earbuds is Gear IconX and the image is below. So have a brief look at it. 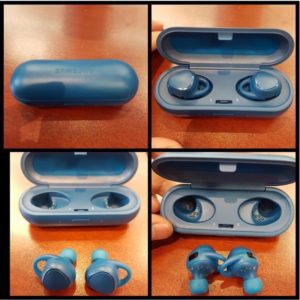 As there is no wire connecting each other. Then we have to connect it via Bluetooth with our smartphone to listen some music. But the best part over here is something different. You don’t need to carry your smartphone everywhere you go, if you want to go for a morning walk or jogging.

Let me explain you clearly. This wireless earbuds have in built storage in which you can store some music in it. And move out for a walk without smartphone. If you have these earbuds then you don’t need to carry 150grams smartphone in your pocket. Earbuds are ergonomically designed so they never fell from your ear.

Now you might be thinking how about charging. As there is no wire so how to charge these earbuds. As the earbuds need energy to work properly. So according to report it will have a charger just like Motorola Hint. Here is the image by which you will get some idea. 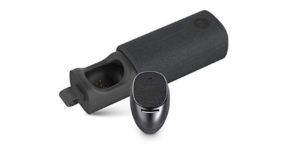 And one more thing guys. It will work as tracking device too. And it will have 4GB of storage in it. i.e you can use this storage to keep some music in the Earbuds. So you don’t need to use your smartphone or carry your smartphone.

It feels like Samsung’s Earbuds will be in the market lot earlier.