As of now in the standard YouTube, you are able to make your favorite videos offline with the all new offline features. But that feature used to consume a lot of data from your data plan. So last year at Google for India event, Google launched YouTube Go only for India. So let us discuss YouTube Go app which is available for beta only for India.

YouTube Go App Which Is Available In Beta Only For India:

Google on Wednesday announces the beta version for the users of India to test the application. First, let us make sure you know

YouTube Go was launched by Google at its ‘Google for India’ event in September last year. “It’s relatable, with fresh and relevant video recommendations tailored to your preferences; the app is designed to be offline first and improve the experience of watching videos on a slower network; it gives you more control over data usage, by providing choice and transparency into the amount of data spent on streaming or saving videos,” Jay Akkad, YouTube product manager, said in a blog post.

According to Akkad the app got more than 20thousand download when it was launched in Invitation mode. Those are huge numbers for the YouTube.

First and foremost is the ability to control your streaming by offering the option to download videos at different resolutions instead of streaming — something that’s only offered to YouTube Red subscribers in most regions — and allowing users to watch quick previews of videos before they choose to download or stream them by tapping on the thumbnail. 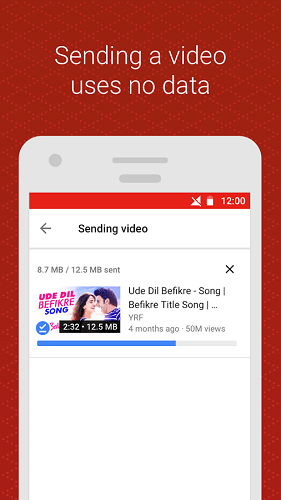 YouTube Go App Which Is Available In Beta Only For India

“Some things we’ve learned in the run-up to this beta release include making the home screen fresher and more relevant for users, so they can find amazing videos easily. We’ve also worked hard behind the scenes to make sharing videos with nearby friends an even more seamless experience, and ensuring the app works well across a wide range of phones.”

YouTube is having a massive growth in India and here are some stats. India has almost 180 million users in smartphone itself. In the past one year, YouTube has growth from 55% to 80%.

So what are you waiting for? Here is the link for the beta app to test it out.