Huawei is a Chinese multinational networking and telecommunications company. Yesterday Huawei launched two smartphones in an event at Munich. Both smartphones are pretty interesting in the specs department. In this article, we will discuss Huawei Mate 9 launched with 4GB RAM and dual camera setup. 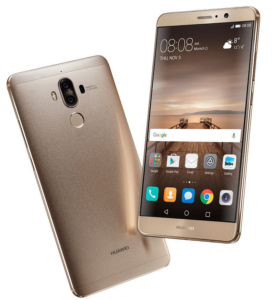 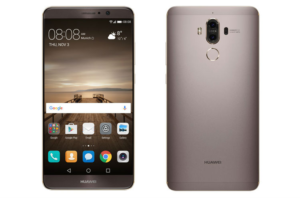 The camera department is the main thing of this smartphone. Huawei Mate 9 has second generation Leica dual lens camera with 12MP RGB sensor and a20MP Monochrome sensor with hybrid zoom. The camera features 2X magnifications and dual tone LED flashlight at the back. It has laser autofocus, optical image stabilization (OIS) and this Huawei’s own ISP. On the front side, it has 8MP camera for all selfie shooters.

In the connectivity department, it has dual 4G Hybrid sim slots with volte support. It has all basic connectivity needs on the smartphone like Bluetooth, Wi-Fi, GPS, etc. Even it has all basic sensor that a normal smartphone. It also has a fingerprint sensor embedded below the dual Leica rear camera. It has a massive 4,000mAh battery which supports the quick charge.

Pricing of this smartphone is kept at 699Euros which is roughly 51,000INR. Huawei Mate 9 will be available in Black, Space Gray, Moonlight Silver, Champagne Gold, Mocha Brown and Ceramic White. The availability of this smartphone is in following countries China, Malaysia, France, Poland, Germany, Saudi Arabia, Italy, Spain, Japan, Thailand, Kuwait and the United Arab Emirates.