This smartphone has a massive 5.5” QHD display with the super AMOLED display. This display has a packed resolution of 2560×1440 pixels. It comes with Android Nougat 7.0 out of the box with Emotion UI 6.0 on top of it. 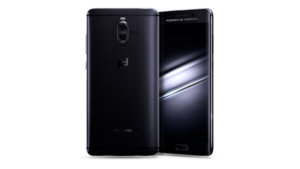 Under the hood, the smartphone is powered by HiSilicon Kirin 960 SOC. It is an Octa-Core processor. Huawei Mate 9 has Huawei Kirin 960 processor, which is flagship processor of Huawei. The processor is coupled with Mali G71 Octa-Core GPU.

Huawei Mate 9 with Porsche design has 6GB of RAM with 256GB of internal storage. It also has a micro SD card expansion slot. So there are no issues in the storage department. 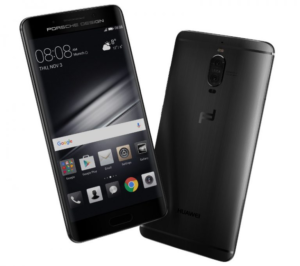 The camera department is the main thing of this smartphone. Huawei Mate 9 has second generation Leica dual lens camera with 12MP RGB sensor and a20MP Monochrome sensor with hybrid zoom. The camera features 2X magnifications and dual tone LED flash light at the back. It has laser auto focus, optical image stabilization (OIS) and this Huawei’s own ISP. On the front side, it has 8MP camera for all selfie shooters.

In the connectivity department, it has dual 4G Hybrid sim slots with volte support. It has all basic connectivity needs on the smartphone like Bluetooth, Wi-Fi, GPS, etc. Even it has all basic sensor that a normal smartphone. It also has a fingerprint sensor embedded below the dual Leica rear camera. It has a massive 4,000mAh battery which supports the quick charge.