Vivo launched its new smartphone in India and the name of the smartphone is Vivo V5. This time the company has focused more on the camera department and most probably on the selfie part. By the way, the event was named as “Selfie Evolution”. Vivo launched Vivo V5 with 20MP front facing camera with moonlight flash.

The device sports the 5.5” IPS LCD display with 2.5D glass and protected by corning gorilla glass 3. The resolution packed into the device is 1270X720pixels. Vivo V5 will come with Android marshmallow with Funtouch OS 2.6 on top of it. 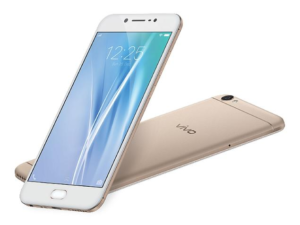 In the hardware department, Vivo V5 has Mediatek MT6750 chipset which is an Octa-Core chip. And the processor is coupled with Mali T860GPU. The device has 4GB of RAM and 32GB of internal storage. Further, the storage can be expanded to 128GB using a micro SD card expansions slot.

“With the launch of V5, Vivo adds a new dimension and sets its focus on emerging camera technology, thus offering an unprecedented camera experience. V5 comes with the first-ever 20 MP front camera that creates flawless pictures in naturally vivid colours. We are sure that our new offering is all set to create a new benchmark and will be widely accepted by customers and redefine the selfie experience.”