As we all know our Prime Minister has made a huge move to check how much black money in India. Our PM demonetized all the Rs-500 and Rs-1000 in the country. The whole country was shocked by this new decision. The reason behind this is almost 80% of the black money in India is in the form of Rs-500 and RS-1000. So this was the great move by our PM to demonetize the currency notes. People are selling Rs-2000 On eBay for 1.5Lakh. 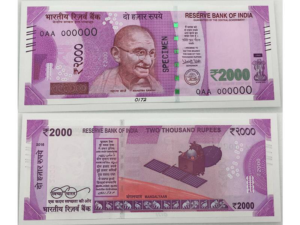 You can join our facebook group for any query related to tech. join the group from here.

But here is the funny thing. Few people on Ebay are selling those Rs-2000 for Rs-3500. But things went funnier when someone on Ebay sold his Rs-2000 currency notes for 1.5lakhsINR for some religious importance. 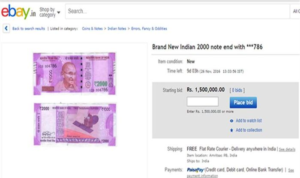 The series of the currency was ending with 786 and this was the reason behind the pricing. The number 786 is considered holy in many religious communities in our country.

“India, people are ready to pay a premium for goods that sport numbers with religious significance such as vehicle number plates, mobile numbers or even residential addresses”.

When the questions were reached to Ebay. The spokesperson said “It does not exercise the control what is sold by the seller on the eBay” and also claimed that there is a successful transaction of Rs-2000 in its network till now.

But still, the company says the company was disabling access to the notified listings to avoid any kind of legal hassle. Anyways, what are your views on these things? Do comment in the comment box.