After loads of rumors in the market. Nokia is finally all set to make a comeback in 2017. Now, Nokia has finally confirmed that it will return to smartphone industry back in the coming year which is 2017.

Nokia’s comeback was actually confirmed by Nokia on Nokia’s Capital Market Day 2016, which was held on November 15, 2016. Here company showed its slides what the company is going to do next. In the Slide it is clearly written “Nokia’s Brand Return to Smartphones”. 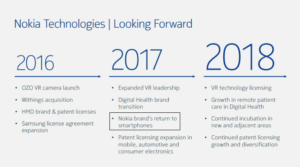 Nokia Is Finally All Set To Make A Comeback In 2017

However, everyone knew that Nokia’s return to the production of smartphones and its own brand fame will help it to boost its presence in the market. Several rumors have emerged and on several occasions came evidence that the company will be to certify new devices, but they always came without any confirmation. We have got confirmation from the company itself.

Last few months we got rumors of lots of Nokia devices spotted on Geekbench. Devices like Nokia 5320, Nokia 1490, and Nokia D1C were spotted powered by Quad Core processors, running on Android 7.0 Nougat. But all those stuff was without confirmation.

As now it is confirmed that Nokia is back to the smartphone industry. But this time there will be the only branding of Nokia, while it will be produced by HMD Global, A Finnish Company. And the manufacturing department is handled by Foxconn, The Taiwanese giant Foxconn. 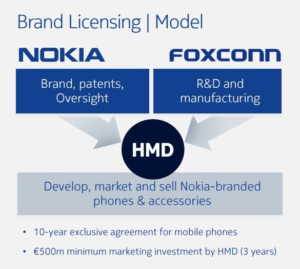 Nokia Is Finally All Set To Make A Comeback In 2017

HMD will make together the patents and Nokia’s brand with Foxconn R&D manufacturing to manufacture devices. Well, HMD has 10 years of agreement to use Nokia’s brand. HMD will invest €500 million in marketing over three years.

It is expected to launch Nokia smartphones in the second quarter of 2017. Nokia may launch Nokia D1C which was earlier spotted.

Nokia is expected to launch its first smartphone at MWC in Feb 2017 says CEO Rajeev Suri keynote address. Some rumors also hint there will be Nokia smartphone before 2016 ends.