As before we got info that Leeco has launched Le 2 and Le Pro in china. And we Indians were for its launch in India. So finally Leeco launched its smartphones in India with its disrupting pricing. Leeco launched two superphones. One is Le 2 and the other one Le Max 2.

So let’s crack some info on Le 2. As stated by the company it is successor of Leeco Le1s. And they stated that they sold almost 500,000 superphones in 100 days. That is actually a good number. Now let’s crack the spec sheet. 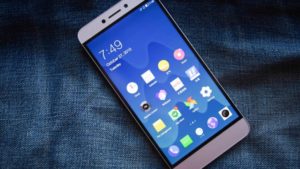 Le 2 is powered by snapdragon 652 chipset which is clocked at 1.8GHZ. Actually it is Octa-core CPU. In the GPU department it has Adreno 510 which is best in gaming. The phone is 5.5” and has a FHD display. In the camera section it has 16MP rear camera and 8MP front camera. It has 3000mAH battery which is qualcomm quick charge support. So fast charging is not an issue.

The highlight part of this phone is it does not have 3.5mm audio jack. If you want to hear songs then you need to connect to the USB type c port. Actually the company call it CDLA. The full form of Continual Digital Lossless Audio. It has 3GB of RAM and 32GB of internal storage. It has emmc 5.1. it has no expansion slot. 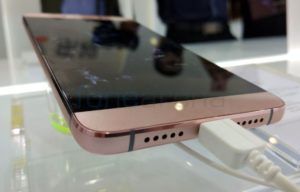 Now let’s talk about Le Max 2 which the company call it the Flagship superphone. The screen size is 5.7” with 2K display. It is powered qualcomm’s latest snapdragon 820. And the best part is it supports all bands. We can say it is universal chipset. It supports all worldwide bands. And it has 6Gb of RAM and 64GB of Internal Storage.

This phone also doesn’t have any 3.5mm headphone jack. You have to use standard USB type C for entertainment. The CDLA earphone will be available shortly at LeMall.com

Now let’s speak about pricing of these smartphones. Like they said they will disruptive pricing. Le Max 2 is priced at Rs-24000 for the 4GB and 32Gb variant. And the Le 2 is priced at Rs-11999. Both superphones will be available exclusively only on Flipkart. registrations will start on june 20 and sale will be on june 28 for Le max 2 and for Le 2 they did’nt avail the date yet.