The laptop has 13.3 FHD IPS display with a packed resolution of 1920X1080pixels. And the display bezel is so less. Well, the display is protected by corning gorilla glass on top of it. This beast is powered by Intel’s latest seventh generation chips. It has Intel core i5 processor. The weight of this laptop is 1.1KG. 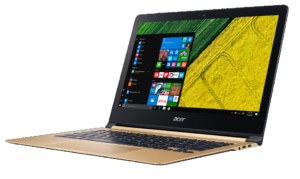 In the storage department, it has 8GB of DDR4 and 256GB of HDD. Acer beast is running Windows 10. In the connectivity options, it has USB type C port for data transfers. Acer Swift 7 has an HDR-enabled webcam. 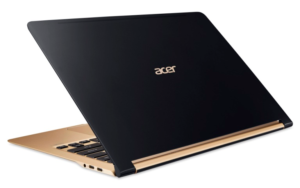 Words of director of Acer India:

“We are extremely excited about the India launch of Swift 7.Being the thinnest laptop in the world, it has a premium positioning in the market and with this latest offering, we have fulfilled the need for great performance in a beautiful thin package. Over the last few quarters, we were focused on strengthening our product portfolio by leveraging the latest in technology.”