Panasonic launches Eluga Arc at the price segment of Rs.12490 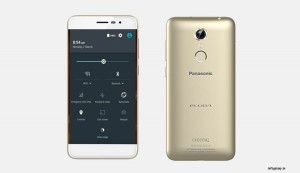 The spec-sheet is pretty highlighting. And the best feature which I like is Volte in which it allows user to call using mobile network. It also has IR blaster which in result we can use it to control our TV’s, DVD players, Air conditioners, etc. so these were the highlighting features.

The phone sports snapdragon 410 chipset which was in devices like yuphoria,etc. and it has 2gb of ram with 16GB of internal storage. The screen size is 4.7” with ips 2.5d glass with packed resolution of 720×1280. The chipset is clocked at 1.2ghz with Adreno 306 GPU. They avail the expansion slot too which supports cards up to 32GB.

Camera department has 8mp rear with LED flash and 5mp front. It supports qualcomm quick charge 1.0 and supports all bands of India which is good thing as a part of specs. It has Bluetooth 4.0 and 4g enabled phone. Last but not the least this smartphone has finger print sensor which can take up to 5 finger prints.

I must say the phone is bit expensive. As there are lots of other smartphone having same specs have almost 40% less then the price of this phone.