Windows updates were one of the biggest problems for the users. As it takes up all your bandwidth and users were not able to browse the internet or download something. But soon this problem is going to heal.

As tech giant, Microsoft will seed an update to all windows 10 user which will let you pause the updates for a limit period of time. This major update will bring many features which will be slowly known to everyone. In the latest unofficial builds of windows 10, some of the features were seen. We can soon this in the insider update.

Now, Microsoft gives the user to pause the updates for a limited period of time. The time limit is kept for 35days. That is you can pause your updates for 35days. This new option came in build 14997. And this build will be soon released in the creator’s updates in the month of march. 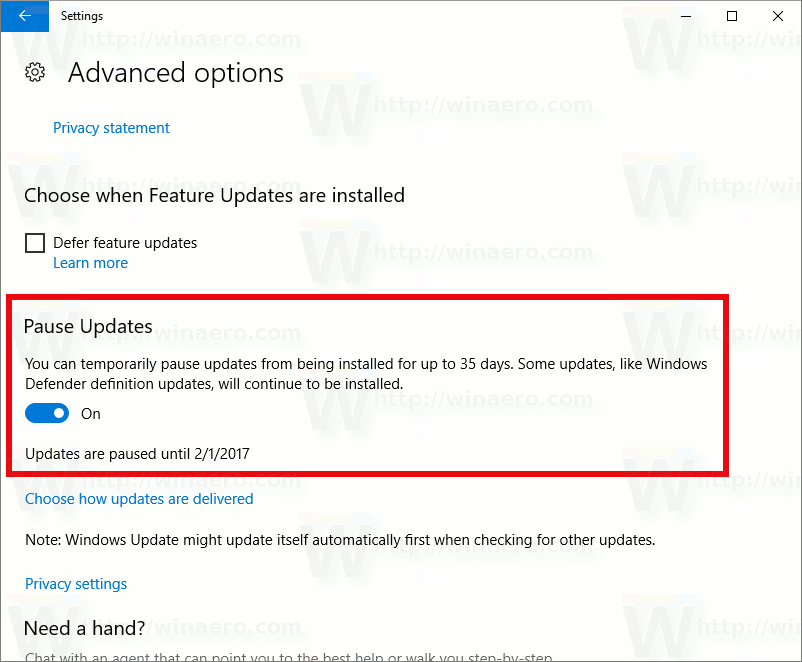 Microsoft Will Allow You To Pause Windows Updates

Hope Microsoft will clear all the issues in the windows 10 and bring some new features. if you liked this article share with your friends and let them know. and do comment your views in the comment box below.