LG U Launched in Korea With 13MP Rear Camera:

LG recently launched LG X Power in India. But now LG launched LG U in its home country which is Korea. LG U is a super fine budget phone which has some interesting specs on paper. So let’s have a look at LG U Launched in Korea With 13MP Rear Camera.

Specifications of LG U:

It has a massive 5.2” FHD display which has a packed resolution of 1920X1080pixels. The smartphone has a pixel density of ~424. LG U will come with Android Marshmallow out of the box with LG’s custom skin on top of it.

In the camera department, it has 13MP rear camera which can record video at 1920X1080 resolution. It has LED flash light with f/2.0 aperture. LG U has 8MP as front facing camera for all selfie lovers. 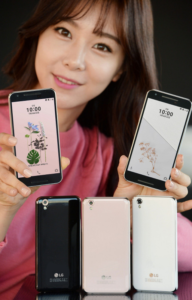 LG U Launched in Korea With 13MP Rear Camera

The smartphone is powered by Octa-Core processor. But sadly there is some unspecified chipset. The processor is coupled with 2GB of RAM with 32GB internal storage. It also has the ability to expand the memory using the memory cards. It supports up to 2TB memory cards.

It will be available in three colors namely black, pinks and black. LG U is priced at 396,000 Korean Won which is roughly 23,000INR. Right now there is no official word from the company to launch in other markets.