So Lenovo launched the K5 note which is successor of Lenovo K4 note. As the K4 Note was pretty impressive in the market. We hope the Lenovo K5 Note will take the lead. First and foremost let’s discuss the specs of Lenovo K5 Note.

Specification of the Lenovo K5 Note:

In the display department it has got 5.5” FHD display which Lenovo claims it is much brighter and the display can be easily in the sun light. The colours are much vibrant. The phone touch type capacitive button. So say by to on screen buttons.

Lenovo also offers the TheatreMax technology and this time they have focuses more on the VR part which virtual reality part. In fact we can say Lenovo has focused more on the media department. As the phone got the Wolfson sound in the speaker and earpiece. And we got Dolby Atmos too. So this is bumper pack for the people who hear songs or videos more.

It has 1.5wt speaker which Lenovo claims it sounds loud enough to hear the ringtone. As I said before Lenovo has focused much on the virtual reality part. It has TheatreMax controller which can be used while using the VR headset or while turning TheatreMax technology on the Lenovo K5 Note.

On the single press it unlocks to home screen and in a long press it shows the recent apps tray and many features like firing a selfie and a lot more. For all those gamer Lenovo has also launched the Amkette Gamepad. So using this gamepad you can play all your games on the Lenovo K5 Note. 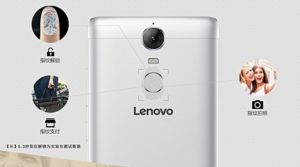 Now, let’s speak about the software experience on the phone Lenovo K5 Note. As I said the TheatreMax technology is absolutely amazing. And it has android Vibe Ui based on Android 6.0 which is Android Marshmallow. So we get Marshmallow out of the box. You got secure zone which is kinda like the parallel space app which lets you create two similar apps on the same phone. 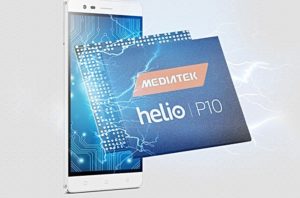 In the storage department you got 32GB of internal storage and you got up to 160GB of micro SD card slot expansion. Well in the RAM you got two variant. First is 3GB version and the other is 4GB version. And it has OTG support too. Now let’s know what is under the hood. It has Mediatek P10 processor which is an Octa Core chipset which is clocked at 1.8Ghz. 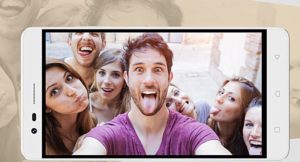 Now let’s move to the camera department. It has 13MP and has ISO cell module with PDAF which is Phase Detection Autofocus camera. And you got Dual Tone flash. For the selfies you got 8MP front facing camera with wide angle lens.

It has all metal Uni-body design. And it is ergonomically designed to hold the massive 5.5” smartphone in your hands.  The edges are not curvy so there is no chance of slipping your phone from your hand. It is available in three colour variants i.e silver, gold and grey.

Lenovo will start with an open sale starting on August 3 2016 via Flipkart. And in the open all the colours and all the variants are available.

Now let’s speak about the pricing of the phone. The 3GB version is available at the price of 11,990INR and the 4GB variant is prices at 13,499INR.

One thought on “Lenovo K5 Note Launched In India”