Around 2-3 months LeEco launched the Le 2 with the snapdragon 652 process which was pretty enough to run high end graphics games on the smartphone. The best part was it has 3GB of RAM and 32GB of Rom which makes the phone run smoother. Most probably the design language was like the apple.

And then Leeco launched it’s flagship which was Le Max 2. And the phone was pretty decent on the paper. And even it was pocket friendly. It was working like flagship phone. The best part was 6GB of RAM and 64GB of internal storage with the Snapdragon’s latest 820 processor. So there was no question in the performance department. So in short this can be called as the flagship smartphone.

And then comes the big deal. Leeco plans to launch the upgraded model of its predecessor which was Le 2. Actually it is known as Le 2s. Now you might be shocked to hear that the upgraded version of Le 2, which is Le 2S has 8GB of RAM. It doesn’t end here the phone has the Snapdragon 821 or 823(whatever it is). You can even look at the benchmark which was leaked on the internet (image below). 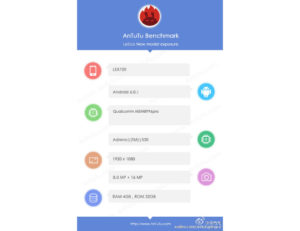 Further if you remember Le Max 2. According to the leaked specification this might even defeat the company’s flagship now, which is Le Max 2. As the Le Max 2 has 820Snapdragon processor with 6GB of RAM under the hood. 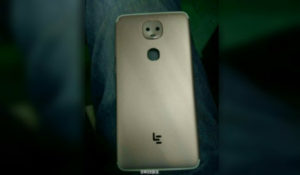 There were also reports that it will has dual camera setup which will increase the depth of field. This is according to the leaked image on the internet (look above). The image shows there are two lens above the finger print sensor. It is also known as Samsung was supplying the camera modules to the Leeco, Xiaomi and even Oppo.

If you want to do something good for the customer then optimize your software so that it can work on a smartphone with has low end hardware. Even google tries its best to use less of premium hardware and concentrating on optimizing its software.