Previously launched HTC’s flagship HTC 10 was pretty impressive in terms of design and specs on paper. But it was not that much popular. So now HTC is planning to concentrate on midrange devices. So today HTC Launched HTC Desire 10 Lifestyle and HTC Desire 10 Pro.

So let’s have a look at HTC Desire 10 Lifestyle and HTC desire 10 PRO. 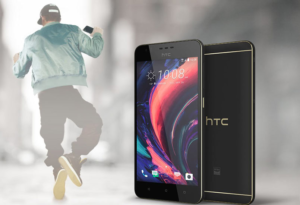 In the camera department it has 13MP which can record FHD videos and 5MP as front facing shooter. It actually has two variants namely 2GB RAM model has GB internal storage and 3GB RAM has 32GB internal storage. And both variants have micro SD card support up to 2TB.

HTC Desire 10 Lifestyle runs on android Marshmallow with HTC Sense as a custom skin on it. This phone has 2700mAh battery. The bad thing about this smartphone is it doesn’t have finger print sensor.

Under the hood this phone is powered by Mediatek P10 chipset which is an Octa core chipset and is clocked at 1.8GHZ. This phone has 5.5” FHD display with the resolution of 1920×1080 and as Corning Gorilla Glass protection on top of it.

It has all connectivity options like Dual-SIM, 4G VoLTE, Wi-Fi 802.11 b/g/n, Bluetooth 4.0. In the camera department it has 20MP rear camera which has capabilities of shooting 1080P videos. Rear camera has laser autofocus feature with f/2.2aperture. 13MP as a front facing camera with f/2.2aperture.

Both phone are available in these colors namely  Stone Black, Polar White, Royal Blue, Valentine Lux.  And will be available in the UK and other markets starting today for Rs-21,760 approx. No word on Desire 10 Pro price yet. Both devices are expected to launch in India soon.