Coolpad has launched another smartphone named Coolpad Note 3 plus. The difference over its predecessor is the name of the smartphone and little change in its specs department. So let’s have a look at its specs.

The phone has 5.5” FHD display and the CPU is clocked 1.3GHz with Mediatek 6753 SOC which is an Octa core chipset. It is coupled with 3Gigs of RAM and 16Gb of on board storage. And yes there is a micro SD card slot which can be expanded up to 64GB. It is dual sim smartphone which supports dual 4G. it has Micro-sim +Micro-Sim slot. 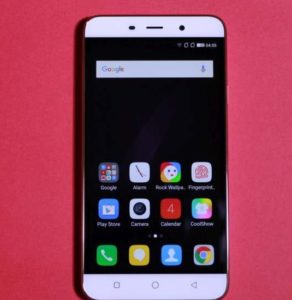 And in the camera department it has 13Mp rear camera and 5Mp front facing camera. It even has a finger print sensor just like its predecessor it is located at the same place. It has 3000mAh battery. But no quick charge in the battery department.  It measures 151x77x9.3mm, and weighs slightly more than the Coolpad Note 3 at 168 grams.

Well it has connectivity options too. It has wifi, GPS, Bluetooth 4.0 and supports all indian LTE bands. Sensors on board are proximity, ambient light, accelerometer, and gyroscope. It is available exclusively only at the Amazon.