Chinese smartphone manufacturer Zopo launched another smartphone, Zopo Color X 5.5 in India. Zopo Color X5.5 also comes with a “One Button Access” feature. This feature allows the user to navigate through your smartphone with the Fingerprint gestures which is a smart addition. There’s also a 365 days replacement warranty on the device. In the case of any hardware failure, you can replace your phone with a brand new one from Zopo service centers in warranty period. This smartphone has a metal unibody design. Zopo Launched Zopo Color X5.5 With 2.5D Curved Glass Display.

Under the hood, this smartphone is powered by a quad-core MediaTek MT6737 chipset clocked at 1.3 GHz and paired Mali-T720 GPU. If we talk about storage department then this smartphone has 3GB of RAM with 16GB internal storage which can be further expanded up to 64GB via MicroSD card. 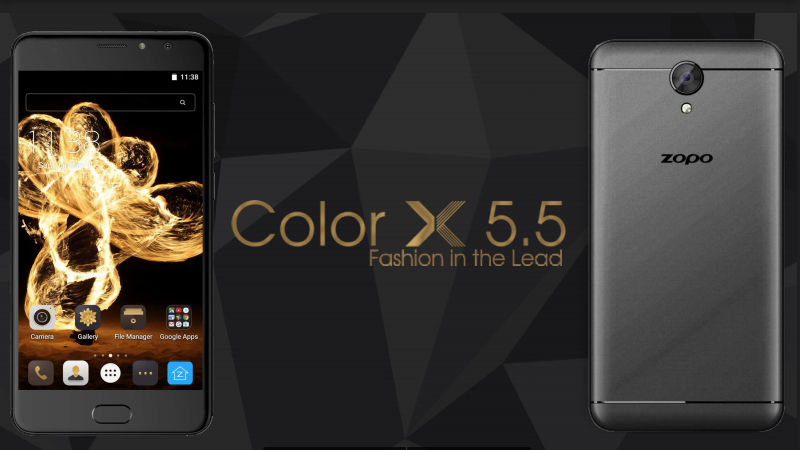 If we talk about camera department then Zopo Color X5.5 ha an 8MP rear camera with LED Flash, f/2.2 aperture and a 5 MP front facing camera with LED flash. This smartphone comes with 2500mAh battery, company claims to offer up to 360 minutes of talk time and up to 300 hours of standby time.

Zopo Color X5.5 is available in four colors namely Charcoal Black, Royale Gold, Orchid Gold, and Space Grey colors. This smartphone is priced at 11,999INR. It will be available in all major offline retail showrooms from 20th April.