Samsung launched its C series smartphone in china. The name of the smartphone is Samsung galaxy C9 Pro. Without wasting much time let’s have a look at specifications of Samsung Galaxy C9 Pro launched in china.

C9 Pro is powered by Snapdragon 653 processor which is clocked at 1.9GHZ. It is an Octa-Core processor. The processor is coupled with 3GB and 64GB internal storage. And yes, further storage can upgrade via the micro SD card expansion slot. It supports up to 256GB. 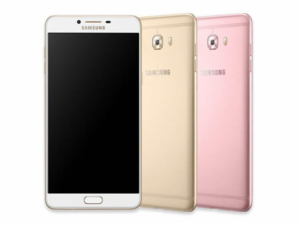 Samsung Galaxy C9 Pro has a massive 5.5” FHD AMOLED display with a packed resolution of 1920X1080pixels. The smartphone will come with android marshmallow out of the box with a custom skin of Samsung TouchWiz on top of it.

In the camera department, it has 16MP rear camera which has a dual tone LED flash. It has a f/1.9 aperture. The rear camera can record FHD videos. While the front camera is 16MP for all those selfie lovers. 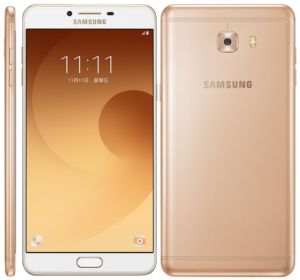 In the connectivity department, it has USB Type C, which results in faster data transfer and fast charging. Other connectivity options like Wi-Fi, Bluetooth, GPS, A-GPS, etc. it has all sorts of sensors like ambient light sensor, proximity sensor, etc. fingerprint sensor is embedded in the home button.

It also has NFC support. The phone supports dual 4G with volte support. Samsung Galaxy C9 Pro has a massive 4000mAh battery. As it has USB Type C so it has fast charging support.

Samsung Galaxy C9 Pro is priced at 3199yuan which is roughly 20,000-25,000INR (470$). It is available in two colors namely gold and rose gold. Right now there is no news of the availability in other markets. It is only available in china.