If you managed to get a Jio 4g sim card, then I would say you are lucky then the 50% people living in India. Many people might have got the Jio sim card and might be enjoying the power of Jio on their smartphones. Now what if we say we have Reliance Jio 4G Tariff Plans. 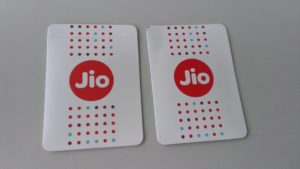 Trick to get faster speed on Jio 4G:

Well, here let me tell you one thing. Many people might be enjoying the power of 4G, but still there few people who are getting poor speed on their Jio 4G network. For that I have published an article. Here is the link on How to increase Jio 4G Speed.

Now, you are enjoying the Jio 4G for three months. And many people are waiting for its official launch. And Jio 4G was officially launched today at AMG. So here we got the Jio 4G Tariff plans. Have a look at the pic below and you will get some idea on how the reliance Jio 4G have packed their Tariff plans.

At AGM Mukesh ambani finally show the Tariff plans for Reliance Jio 4G. and the company will not be charging the voice calls. The only thing that company will charge is the data which you use. and all calls and SMS are free to any network and even in roaming in india.

The Jio 4G tariffs start at Rs. 149 for 28 days, for 300MB. For Rs. 499 per month you get a big step up, to 4GB of 4G data, plus unlimited 4G at night, for 28 days. You’ll also get 8GB of access from Reliance Jio’s upcoming network of Wi-Fi hotspots, further increasing the amount of data you can use. For Rs. 999, that goes up to 10GB of 4G data, and 20GB of Wi-Fi usage, plus unlimited usage at night. Further plans are for Rs. 1,499 for 20GB, Rs. 2,499 for 35GB, and Rs. 3,999 for 60GB of 4G data, and twice as much Wi-Fi usage respectively. The most expensive plan is for Rs. 4,999 for 75GB of 4G usage plus unlimited 4G usage at night, and 150GB of Wi-Fi data. These are all pre-paid tariffs, and Jio has not revealed its post-paid plans.
Going by these plans, the rates are actually a little different from the Rs. 50 for 1GB that was announced. The cheapest plan is actually a lot more expensive – you get 300MB of data for Rs. 149, or around Rs. 450 per GB. However, with the other plans, once you count the Wi-Fi hotspot data as well, it does work out to the rate that was announced – for example, the Rs. 499 pack gives you a total of 12GB including Wi-Fi, which works out to approximately Rs. 42 per GB. The bigger packs do get cheaper this way, so for example, the most expensive Rs. 4,999 pack gives you 225GB of data including Wi-Fi, which works out to approximately Rs. 23 per GB. And this does not account for the unlimited 4G at night you will get as well.

And one more thing There will also be no roaming charges, across India, to any network, it was announced. “Put an end to all voice call charges for all voice calls that are domestic,” Ambani said. So this shows there are no call costs and SMS costs even in roaming and everywhere, no matter where you live or where you go.

As Jio is firing its 4G plans with cheap rates. This will be great step and will revolutionised the telecom industry. A normal 3G recharge on any popular network like Airtel or idea costs around Rs-250. This means that Jio would be undercutting all the incumbents, inevitably leading to price wars.

DO share with your friends and let them know about these plans.