There are two kinds of people in this world. The one who has Play Station 4 and the people who play games on PC or in short the people who can’t afford a gaming console. If you can afford Play Station they you might miss games like God Of war, Unchartered, etc.

Well, everybody can’t afford a gaming console as it costs almost a 500-600$. So now Sony has launched a product named PS NOW, which will soon available for public. Have a look at pic below. 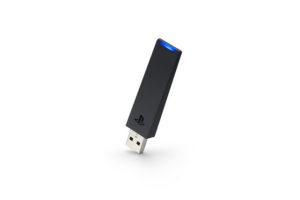 Sony is fully prepared to roll out video gaming streaming service Now to PC. As in its blog the company mentioned it will soon be available in European countries.

After buying this PS Now you don’t need to buy a Play Station 4. Sony also announced a wireless adapter platform that lets you connect a DualShock 4 to PC and Mac Wirelessly.

This wireless adapter will activate each and every key or touch pad on your Windows PC and including motion sensors. It is also compatible with remote play. You can play remotely in your PC or MAC.

Now here is the special note, you need minimum of 5MBPS of your internet to play on your pc or MAC using PS Now. Minimum 5MBPS is requires and it mandatory.

Here is the few requirements that your PC must have.

So there are the minimum requirements for PS Now to work flawlessly on your PC.

And one more thing the DUALSHOCK will be available from September 2016 with a price tag of $24.99.