Have a look at specifications of Blackberry DTEK50

So let’s have a look what we got under the hood of the blackberry DTEK 50. This phone is fully running on Android. So there is no blackberry OS. And this phone is based on Android latest which is Marshmallow. 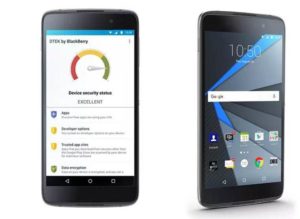 The phone 3GB of ram. So it is better at multitasking. And it has 16GB and flash storage with an expansion of 2TB slot. It has 2610mAh battery. This phone also supports Qualcomm Quick Charge 2.0. company also pushing the blackberry’s intelligent keyboard, which might be good news for all the fan

In the camera department it has 13MP rear camera with PDAF(Phase Detection Auto Focus). On the other side the front camera has8MP with f2.2. The rear camera FHD recording and we can expect some good and clear shots or video from the rear camera of this smartphone.

Few regular features like Blackberry HUB, DTEK, Password Keeper and Blackberry calendar are pre-installed on the smartphone. Have a look at the video which is provided by the blackberry itself of the launch of new Blackberry DTEK50.